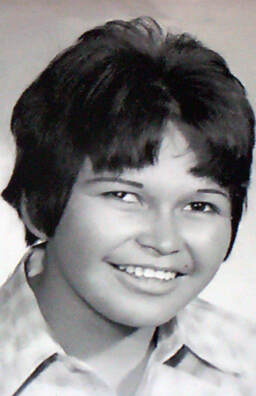 ​Helen, Betty was her preferred name, was born in Norway House, Manitoba, the eldest of many children born to Joe and Justine (née McKay) Osborne. Her ambition was to go to college and become a teacher. There was no secondary school in Norway House so she had to leave home for further education. She spent two years at Guy Hill Residential School, just outside The Pas, Manitoba, a culturally mixed town of European Canadians, Métis and Cree people. In the fall of 1971, Osborne attended Margaret Barbour Collegiate in The Pas, boarding with a non-aboriginal family.

On the evening of her death, Osborne had spent time with friends at The Northern Lite Cafe and then at the Bensons' place (where she was staying) before heading back downtown. Around midnight, Osborne's friends returned home; very little is known of Osborne's whereabouts or actions after this time. She was walking home at approximately 2:30 a.m. when she was abducted, brutally beaten, stabbed with a screwdriver over 50 times, and killed. The following day, Kenny Gurba, a fourteen-year-old in the town, grew tired of fishing and went off looking for rabbit tracks when he discovered her unclothed body. He and his father reported the discovery to the police.

Dwayne Archie Johnston, James Robert Paul Houghton, Lee Scott Colgan and Norman Bernard Manger, four young, Caucasian men from The Pas, were eventually implicated in her death. However, it was not until December 1987, sixteen years after her death, that any of them were convicted of the crime. It was at this time that Constable Rob Urbanowski took over the investigation and placed an ad in the local newspaper asking for witnesses to come forward. Even then, only Johnston was convicted, as Houghton had been acquitted, Colgan had received immunity for testifying against Houghton and Johnston, and Manger was never charged.